Like most people, I just kind of fell into blogging.

I mean, I knew I loved to write but I always saw blogging as more of one of those unachievable dream jobs like becoming a rockstar or the next JK Rowling.

My first dream job was to be a best-selling author, I wrote a good 40,000 words too – the plot was a conjunction of Avatar the Last Airbender and Twilight and I would talk (on and on) about it to anyone who would listen.

I went as far as wearing fake glasses for years because I felt more “author-y”.

But, like most children with dreams, I felt I had to grow out of them. I felt doing something I loved and people loving it enough that I could get paid was too unrealistic, no one would care what I had to say and that would be the end of it.

I’m sharing this journey because and in spite of that notion.

Too many of us are told to give up on our dreams, and the only ones who ever have a chance to succeed are those who try. What’s the worst that could happen? Change? Growth?

It took me a long time to fully believe that, and I still struggle with it on days when I feel the people around me will never fully embrace or understand the way I live my life. It was a process to get to where I am, and it was work.

But now I hope to never stop growing.

After I’d accepted that I “couldn’t” become an author, I was pretty lost.

I thought about becoming a politician (I was quite the activist when I was younger ????), decided I would be a therapist, and eventually resorted to “IDK, maybe a publisher??” when asked what I wanted to do because it’s what everyone said I should be.

Why not? It was stable. Work a few years as an editor, move my way up to the publisher. Average wage $50k USD a year, not bad, heck better than average.

But I knew in my heart I wanted more than average out of life. Click to Tweet

I hated high school and thought the best thing to do was get out and move on. I was able to graduate a year early, and the state of Minnesota paid for my first year at my hometown college Bemidji State University.

I thought college would be better, but instead found I felt uncomfortable because I was younger than everyone else (though looking back I’m sure almost no one knew or cared). I loved to work, and was addicted to being my manager’s favorite most reliable employee so it was easy for me to skip class continuously and work constantly instead.

It didn’t take me long to know I wanted to be anywhere besides my home town. I was tired of the cold, and I wanted to go somewhere full of sunshine, people I didn’t know, and opportunity – it wasn’t a surprise to anyone when I ended up moving to San Diego and enrolling at SDSU.

I applied with the intent to major in English and mentally checked out by day 3. I can’t say I gave it a fair chance, because I didn’t. I brought all of my old habits from BSU with me.

I went in expecting it to be easy, eager to fit in (as I never felt I had in my hometown), and simultaneously envious of my peers who to me looked like they had everything figured out.

I haaaated my first year in California.

I didn’t attend class all semester, went in only for test days, and scraped by with my C’s. I spent the majority of the year in my dorm room bed (though I’d prefer not to admit it).

Dropping out was a relief for the most part. I had always been a bit of a workaholic (working two jobs since the age of 15) and I felt infinitely more comfortable in a work environment than a school one, but there was definitely part of me that felt like a failure. A part that still worried about how the world, or my family, might look at me differently.

Leaving college felt like losing a piece of my identity.

While I’d been quite depressed and really let my grades go during university, I still thought of myself as an overachiever and a great student and it was hard for me to see myself clearly outside of school.

Now, I am so glad I dropped out!

I had no idea what I would do with a degree. I was paying for school out of my own pocket with private loans, and managed to rack up a ridiculous 25k in debt within one year at an out of state school (on top of the 20k paid by scholarships).

When I left school, I grieved for who I thought I was, and became who I wanted to be. Click to Tweet

I was really close to giving up.

The temptation to move back to Minnesota where I understood the social dynamic and had childhood friends was so real. I told myself if I wasn’t happy after giving it another year, I could move back – but not yet.

Deciding to stay ended up being the best decision I ever made.

But that, of course, didn’t make it easy.

After spending a month sleeping on the couch of a local coffee shop, I ended up finding an apartment with some girls off craigslist and threw myself into work. I worked as a server mostly, bouncing between different restaurants averaging 14 hour days and saving every penny so I could travel the world.

I took a position as a manager at a local sushi spot and was fired because “I wasn’t a good fit”. Even though I hated the place and had been looking to leave, it still hit me like a truck. Me? Not good enough? Me? Not succeeding?

It was then I started thinking about becoming a blogger.

Entering The World Of Blogging

I wish I could give credit to whoever started this madness, but all I remember was an article.

I was researching everything I could find on backpacking while planning my year-long journey across Asia and Europe, stopping in almost every country. My notes were a comical jumbled mess – but I was excited!

With the money I’d saved literally non-stop working, I felt confident I’d be able to live cheaply while traveling, but what I really wanted was to have a job I could take with me.

The article was one of those ‘quit your job and travel the world’ posts (which I’m sure you’ve come across at least once). I was taken aback honestly. Travel AND write? For money? Sure, another one of those unachievable dream jobs ????.

But it couldn’t hurt to look into it, could it?

So I looked into it. And wow was I surprised!

Not only were people blogging and making money, but a significant portion was making GOOD money.

Not easy, but very much possible.

And there’s nothing I love more than a challenge.

I read anything and everything I could find on blogging, social media, email marketing, affiliate links. I read until it was rare I would find an article that told me something new. And then I purchased my first domain name: Destination Pending.

It took me, no lie, two years to find a name I liked (yup, you guessed it, Hippie on Holiday.) I tried out a million different names, The Absolute Adventure, Language of Living, and Thrift Traveling being the ones I actually purchased ????.

During those two years, I met AJ, my soulmate and travel partner. I postponed my round the world trip, and I stopped worrying about what was next. I participated, focused on the present, and lived life for today instead.

I fell in love with California, I took a million vacations and traveled to new continents – I did anything and everything besides worry about my unbuilt blog.

And I don’t regret it.

Yes, looking back I now know that I was avoiding the blog out of fear of failure (if I never start it I can’t ever fail, right?) but the amount of life experience, change, and happiness I found helped me find the confidence to follow my dream.

After spending two years reading travel blogs, I knew what I wanted to create wasn’t just a travel blog. Click to Tweet

I wanted to build a community. I wanted to share how easy, affordable, and incredible traveling is. I wanted to support people and encourage them to overcome their fear of failure and chase after their dream. I wanted to share my steps to success, as I took them instead of after – because every blog I read shared plenty of ‘tips’ but not any concrete step-by-step to success.

And so I started.

And here you are.

I’d like to officially welcome you to the Hippie on Holiday community. A place to grow, fail, change, persevere, and SUCCEED.

If you didn’t hear the alarm going off, I’m here to tell you:

It’s time to take it from dream to reality.

Pin this for a friend!

5 6 votes
Worth The Read?
Connect With Us
Spread The Love
Subscribe
Connect with
10 Comments
Most Voted
Newest Oldest
Inline Feedbacks
View all comments 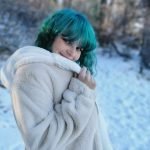 A trail-blazer, an SEO expert, and an entrepreneurship mentor.

I know a thing or two about starting a business...

I'm a small-town girl who dared to dream bigger. I'm a hippie at heart, and I'm on an ongoing journey to discover all the wonders the world has to offer - from nature's hidden beauties to kindred souls. I spent years learning the ins and outs of entrepreneurship before succeeding in freeing myself from the rat race. My Mission is to provide as many people as possible with the knowledge, tools, and means to live their lives with total freedom

Each month, I'll send you my latest insights, learnings, and revelations along with my latest content, favorite tech tools, & free resources.

We don't spend spam, you can change your settings at anytime, and it's easy to unsubscribe.

Welcome to the Business With Conscience Community!

Oop! Sorry about that, something went wrong. Reload the page and try again.

Each month, I'll send you my latest insights, learnings, and revelations along with my latest content, favorite tech tools, & free resources.

We don't spend spam, you can change your settings at anytime, and it's easy to unsubscribe.

Welcome to the Business With Conscience Community!

Oop! Sorry about that, something went wrong. Reload the page and try again.

Not right now, thanks